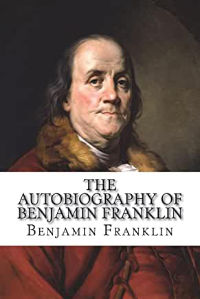 Ben Franklin was a remarkable man. He was born an Englishman in the American colonies. He steered himself away from a life he didn't want and invented a life that he did want. He was industrious and courageous, about and doing. He made something of himself. He cared about his self improvement. He became important to his neighbors, community and eventually nation.

This autobiography stops before the coming of the American Revolution. Nevertheless, it seems obvious how a man of such inner strength would become a pivotal figure in a period where skill and fortitude and energy were required.