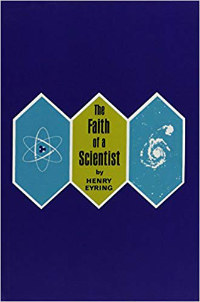 Henry Erying was a famous chemist in his time, had hundreds of published works and many discoveries that put him in company with Nobel prize winners. Previously I read a book about him called Mormon Scientist. For narrative, that book is preferrable to me. But this book is a collection of his own words and thoughts only. Thus, it is also super interesting. This is a collection of some of his talks and articles where he connects his personal faith with his scientific work. The wonderful thing about this dual life, he observes, is that both parts are in search of truth. And this truth, if universal, will not disagree. And in his own faith, as a member of the restored Church of Jesus Christ of Latter-day Saints, he found it liberating that he is only taught to accept truth, and thus he could look for it and embrace it wherever he found it. For those truths in the purview of religion, such as the purpose of the Earth, he could look there. For those truths in the purview of science, such as how the it is constructed, he could look there. And he would be edified by all these findings. And so hope I to be.